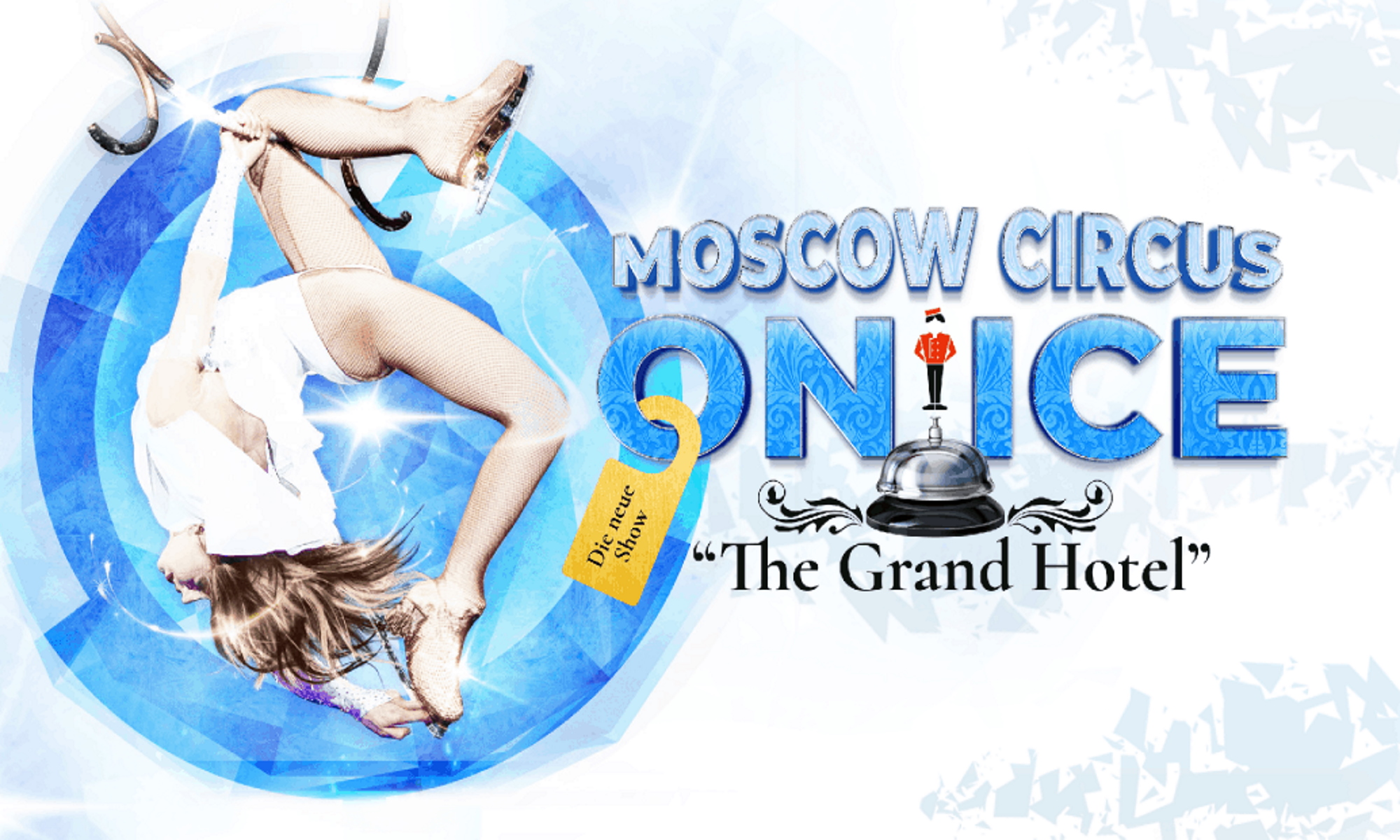 The Circus on Ice Grand Hotel opens its doors. Acrobats, gymnasts, jugglers and equilibrists on ice try on new comic masks. The performance is saturated with the spirit of the comedy of the Golden Age of Hollywood. Its characters are caricatures, the plot rests on a buffoonery and reveals itself as a series of gags. But not deprived of romance. The Grand Hotel comfortably houses a whole palette of vibrant characters and circus genres. And their relationships are exciting. Grand Hotel is an adventure that can suddenly become interactive. And would be interrupted only for intermission.

The original stylized soundtrack and sophisticated costumes immerse you in a solemn and slightly chaotic atmosphere of luxury European hotel of the 30s of 20th cent. Where dear guests from anywhere in the world are always expected with open arms. And where, as it turns out, anything could happen.

The one responsible for meeting guests, to the best of his abilities, Lobby-boy is a young romantic character. He seems awkward, but in fact is very agile. This often helps him take off from his duties. But even more agility is required to get out of situations in which agility leads. Of course, leaving the entire Hotel to such a character would be crazy. While Lobby-boy flirts with Maid, his work rests on the shoulders of other hotel staff. It could not be forever that Security guard soars in the clouds! And in the most serious cases, Metrdotel takes matters into his own hands. Sure he is able to serve customers at the highest level.

The performance was created by director Olga Prikhudaylova and choreographer Lika Shevchenko commissioned by the German Creatent Production UG in 2019.
At the time of rehearsals, our house was the M.N.N. Circus and Variety Art School Rumyantsev (Pencil). Many thanks for the hospitality to Valentina Mikhailovna Rumyantseva and the entire staff of the GUTSEI. The project was made possible thanks to support of Moscow Nikulin Circus on Tsvetnoy Boulevard and personally Maxim Yuryevich Nikulin.

Like all other performances of the Moscow Circus on Ice, the Grand Hotel has no age restrictions. Come to us with parents or with children.

Together we will have fun at the Grand Hotel of the Moscow Circus on Ice.